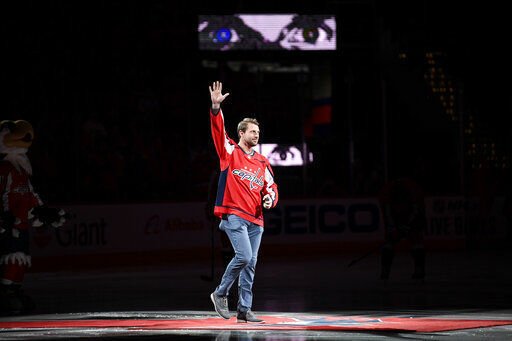 Make it a three-game losing streak for the Rangers. They’ve predictably come down to earth following the 2-0-0 start. A night removed from a disappointing loss to the Devils, they were out of their league against the Capitals. The end result was another 5-2 loss in the first back-to-back of the season.

I’m not too pleased with the coach either. I’ll give him credit for altering the lines. He tried to spark something. It was mixed results. Pavel Buchnevich had his best game scoring his first goal and looking more involved. He slid down to the second line with Brett Howden and Kaapo Kakko, who still hasn’t found his footing. He’s 18. It’ll take some time.

Moving up to the top line was Chris Kreider, who hasn’t looked in sync since the start. He got to play with Mika Zibanejad and Artemiy Panarin. Kreider was fairly quiet again except for a primary assist on Panarin’s third of the season. I feel like he’s not getting enough shots. Part of it is how the offense is run. They look more for the off wing one-timer from Panarin, Zibanejad and Jacob Trouba. However, Kreider needs to be better overall.

The Blueshirts wasted a good effort from Henrik Lundqvist. Despite allowing four goals, he was superb against a quality opponent with the extra rest. Of the 33 shots he faced, I would say almost half were very tough. Let’s put it this way. The only reason they trailed by one goal after two periods was the outstanding play from the goalie. And he was hardly to blame on the Caps’ four goals. The 29 saves were excellent. He should be back in net for the Canucks, who visit MSG on Sunday.

I’m not happy with David Quinn for benching Tony DeAngelo. I understand he didn’t have a good game, but it’s clear that he’s the whipping boy for the coach, who’s already playing favorites. DeAngelo was on for two goals against and didn’t take a shift from the middle of the second on. He only played 8:09 which broken down, was 6:08 at even strength and 2:01 on the power play. That’s not enough. Would he do that to Libor Hajek or one of his other boys? Come on.

If you’re gonna do that, it shortchanges your team. Granted. He could move Brendan Smith to the back end for some shifts. Smith has been one of the most consistent players in the first five games. That’s saying something. It’s not a good development. Smith works hard every shift and more often than not, is effective on the forecheck. He also drew a penalty. It’s getting the rest of the lineup up to speed. It shouldn’t just be Smith, Ryan Strome and Jesper Fast. Brendan Lemieux was also noticeable in his return.

There needs to be more from certain players. That includes Kreider, whose lousy turnover on a pass to no one, allowed the top line of the Caps to go to work and score. As much criticism as the defense received due to people not paying close attention, you also need better play from the forwards. Both Kreider and Panarin were in the wrong spot for the third goal by the Caps. It cost them.

So, while it’s easy for Quinn to use DeAngelo as his scapegoat for what happened earlier in the game. One in which they got scored on early by TJ Oshie due to a scramble in front and the puck taking a bad bounce off Marc Staal’s skate. That really frustrated Lundqvist, who fumed at the veteran defenseman after. I know it was a mistake by Staal, but I really hate when our goalie reacts that way. It looks like he’s showing up his teammates. It reflects poorly. The bottom line is it was unlucky.

As bad as it was, the Rangers got it back thanks to an awesome play from Zibanejad. After receiving a Trouba pass, the top center turned on the jets to draw defenders before making a perfect feed across to Buchnevich in front for a nice finish. I like how Buchnevich held onto the puck first and patiently waited for Braden Holtby to go down before burying his first to tie the score.

Good time for the 1st of the year. ✅ pic.twitter.com/RKcZdyJiCN

Too bad it didn’t last long. A little less than three minutes later, it was mad chaos in front of Lundqvist as the Caps top line kept going until the puck found defenseman Michal Kempny for an easy rebound. Oh. DeAngelo was out for it. So too were Hajek, Kakko, Howden and Buchnevich. It was either Hajek or Buchnevich, who tried a panic clear in the crease that deflected right to Kempny for the goal. See for yourself.

It was Hajek. DeAngelo didn’t do a good job on it. However, he definitely took the brunt by landing in the DQ doghouse. There are five players out for any goal against. That includes three forwards and two defensemen. You need to look at all five on the breakdown. Especially when Kreider was at fault on the Nic Dowd goal due to his awful cross ice pass to nobody in the Caps zone. That puck has to get deep. He didn’t cover when he came back. It was indicative of his start.

At least Kreider got the chance to atone for his mistake. So did Hajek, who’s looking more confident with the puck offensively. He made a good pinch to keep a play alive that resulted in Zibanejad absorbing a check to get the puck to Panarin and Kreider for a give and go. It was a picture perfect play with Kreider threading the needle to Panarin at the doorstep for his third to cut the deficit to one.

Hajek with the keep.
Kreider with the dish.
Bread with the finish. pic.twitter.com/GGWyz6f7ky

It really could’ve spiraled out of control. It was mostly Caps the rest of the second period. They created a lot of quality scoring opportunities that Lundqvist was able to deny. That included a penalty shot where he stoned Jakub Vrana down low to keep it 3-2. They called Skjei for a slash from behind to reward Vrana the penalty shot. It wasn’t even a penalty. It was a garbage call on a solid defensive play in which he got stick on stick. Something both Sam Rosen and Joe Micheletti were in agreement on. Poetic justice.

Not a bad view live. That’s the only video footage I could find. I love how the anticipation of the crowd goes up a couple of notches as the shooter gets ready to take the puck and make his move against the opposing goalie. That’s what makes the penalty shot my favorite play in hockey. In this case, it really wasn’t one. So, it was nice to see Lundqvist come through. He kept his team in it. The Rangers were outshot 16-7 in that middle stanza.

There wasn’t enough sustained pressure. Outside of a strong shift from secret weapon Smith on a fourth line with Lias Andersson and Micheal Haley, and a good forecheck from Strome, Fast and Lemieux, there wasn’t a whole lot going on. You had the very nice goal created from the skill of Panarin and Kreider thanks to solid work from Zibanejad and Hajek. That was basically it.

With Quinn opting to keep DeAngelo on the bench, he went down to five D for the third. Nothing against the other guys, which feature Iron Man Trouba (game high 28:22), Skjei (18:49), Staal (19:22), Hajek (16:34) and Adam Fox (19:01). But it doesn’t make much sense. Smith had his time increased. He wound up logging 13:47 including 3:25 shorthanded. Quinn continues to use him as a key defenseman on the penalty kill. Unfortunately, he got a questionable extra two for cross-checking after bloodying Garnet Hathaway in a fight.

Predictably, the dangerous Washington power play connected for the second time in four chances. They have so many weapons that it’s scary. Start with Alexander Ovechkin in that left circle. Then there’s Nicklas Backstrom in his office on the opposite side. John Carlson up top. Evgeny Kuznetsov down low. Plus Oshie in the middle. On this one, they ran it through Backstrom up top for a Carlson one-timer that Oshie redirected past Lundqvist for a 4-2 lead with 9:42 remaining in regulation.

Given how unbelievable he’s been at the start, I think I’d try to stop Carlson. He entered with 14 points leading all defensemen. By night’s end, he was up to 17 thanks to three more assists. He’s right in the scoring race with Edmonton tandem Connor McDavid and Leon and Draisaitl. Maybe this is the year Carlson gets recognized for the Norris.

Hathaway would add an empty netter to further frustrate fans, who didn’t have enough of the 5-2 identical score in Newark. There’s also this.

The Capitals are now 10-0-1 in their last 11 games against the New York Rangers.

It isn’t ’14-15 anymore. Losing to the Caps is like going to the dentist. It’s like novacaine. No. I’ve never had the pleasure so far. I probably just jinxed myself. 😛

I guess we won’t be seeing DeAngelo next game. I think it would be a mistake. But what do I know? He wants to play Haley and Greg McKegg while having Smith shift to D. Let him. It will only lead to more royal suckage. The Canucks are no slouches either. Even if they’ll be traveling.

The good news is the Yankees won to force a Game Six tonight back in Houston. At least for one inning, the offense got the job done versus Justin Verlander. Thank you DJ LeMahieu, Aaron Judge, Gleyber Torres and especially Aaron Hicks. Of course, that anti Yankee Verlander apologist John Smoltz had to make excuses. What an airhead. James Paxton was superb. If the bullpen by committee can force a Game Seven, I’ll take my chances even against Gerrit Cole.

The good part is I can enjoy the ballgame without any Rangers interruptions. And Sunday is an early one against football. That means if there’s a deciding Game Seven, no channel flipping.