Rangers had luck on their side in Lottery

For a team that’s never had the first pick in any NHL Draft, the Rangers finally had one go their way last night. Even though they didn’t win the first overall pick in the Lottery drawing, luck was on their side in Toronto.

Rangers GM Jeff Gorton had a special memento on him as 15 executives representing each team gathered for the big drawing shown on NBCSN. For the Devils, who won their second Draft Lottery in three years, they had good luck charm Taylor Hall. The 2017-18 League MVP tweeted out that he’s now been part of five lotto wins, referencing his days as an Oiler. It also was Devil blogger Hasan’s Birthday. He got the ultimate birthday present.

For the Rangers, they had their own secret lucky charm that helped their chances. Steven McDonald remains a beloved figure in New York City. The former NYPD detective was a true hero in every sense of the word. His inspirational story is one of great courage and perseverance. Even though he’s been gone for over two years now, we will always remember what he stood for.

Surviving gunshots that paralyzed him from the neck down that made him a quadriplegic, he continued to live his life by inspiring others. Despite needing a ventilator, he was a incredible person. He even forgave the teenage shooter after they apologized on the phone.

Thinking back on all those years the Steven McDonald Award has been in existence since 1987-88, it was his wonderful speeches that captivated our fans. He fought so hard and lived for over 30 years following the unfortunate incident on July 12, 1986.

McDonald’s spirit lives on. Wife Patti and son Conor continue to keep that spirit alive along with the Rangers organization. Seeing how emotional Conor McDonald got when speaking about his father before presenting Extra Effort winner Mika Zibanejad got to me. It was another special moment at MSG.

It’s only fitting that Gorton had Steven McDonald’s shield with him for yesterday’s drawing. When the Blackhawks were revealed by Deputy Commissioner Bill Daly to have moved into the top three, I had a uneasy feeling. How often do two teams outside the top three move up?

I breathed easier when the Kings moved down. Little did I know that McDonald’s shield he wore to protect and serve would have so much significance. If you don’t believe it helped our team’s chances, you’re nuts. The Rangers have never had any luck in these things. Granted. Our team made the playoffs a lot since getting royally screwed in the 2005 Lottery.

I’m just gonna leave this here. Listen to what both Patti and Conor say about the shield bringing the Rangers luck.

“The Rangers were in his heart all the time as was the shield. I think Steven is looking down and is extremely happy and feeling very blessed that’s he’s a part of this.”

Patti Ann and Conor McDonald share the story of Steven’s shield that brought #NYR good luck at the lottery. pic.twitter.com/gM8K0GMNTC

I actually believe it. So did Gorton. If you’d seen me curled up on the couch, you’d understand. My reaction when they made the top three was a fist pump. When the Blackhawks were revealed as the number three pick, I couldn’t contain myself.

As disappointed as I was that Daly flashed the Devils logo on the winning card that had actually been drawn an hour before they went to air, a few obscenities came out. What can I say? I wanted to win and beat our close Hudson rival. Look at Hasan’s post for why. 😂

I guess winning even matters in a silly lottery for fans of both teams. Even with there being two worthy top prospects like Jack Hughes and Kaapo Kakko, we go a little crazy.

A day later, I feel very good about winning the second pick in this year’s NHL Draft. I find myself so excited about what will take place on June 20 in Vancouver. It’s not quite the amazing ending in classic movie The Shawshank Redemption where Morgan Freeman’s Red gets out of prison and reunites with his friend Andy Dufresne (Tim Robbins). But it’s the kind of enthusiasm every Blueshirt fan has at this moment.

Many are dreaming of scenarios by penciling in Kakko into the top six with Artemi Panarin. I’m not one of them, which makes me the minority. I’m okay with that. I can envision a top six without signing the creative Blue Jackets left wing. Picture this:

That top six could be scary. Especially if as expected, 2018 first round pick Vitali Kravtsov signs and proves he’s NHL ready. He’s a top six forward. Kakko is too with bigger potential. Right now, it’s all speculation.

I’m sure Devils fans are doing similar with a fully recovered Hall back along with Nico Hischier, Kyle Palmieri with Hughes penciled in.

#NYR GM Jeff Gorton talks about the good luck charm from the McDonald family and what Steven's legacy means to the organization. pic.twitter.com/vSpjLhG1qc

There’s plenty of excitement. I’m thankful the McDonald family allowed Gorton to bring the shield. One he truly appreciated. It still gets me choked up. Sometimes, luck truly is on your side. 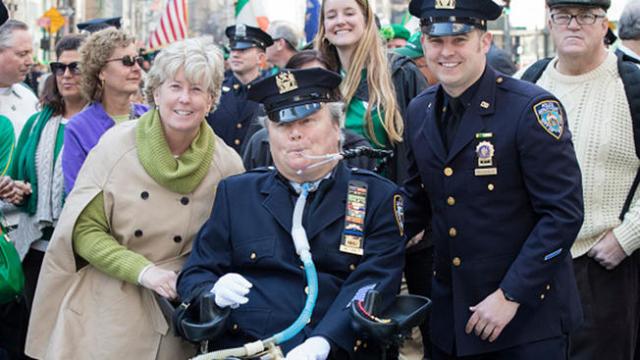