Hello, anyone home in Newark? 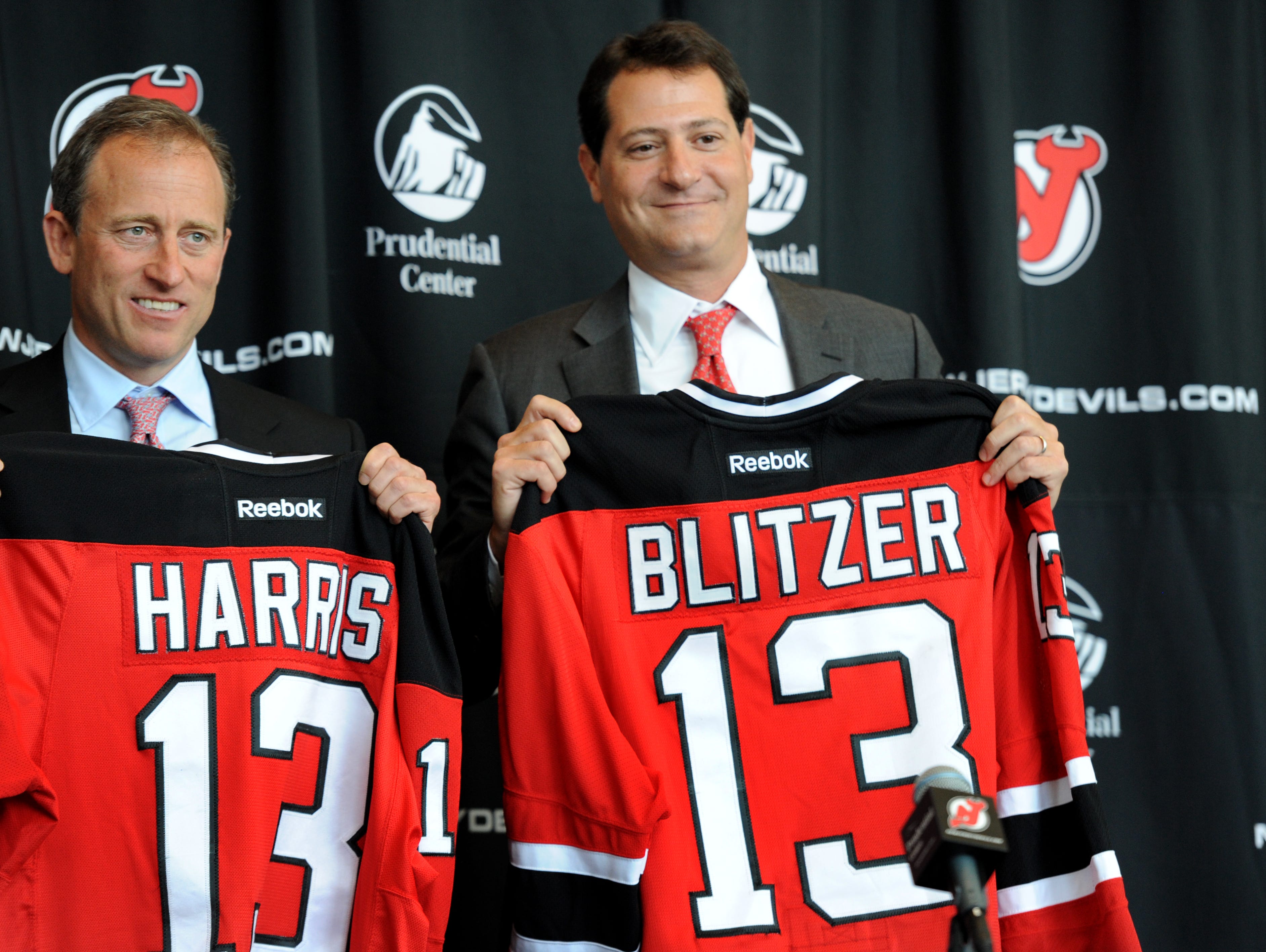 For years as Devil fans all we’ve been hearing about is how the oodles of cap space we had and the improving team on the ice would both represent a more attractive destination for free agents and give us more opportunities to improve the team via trade.  Last offseason the hype was how we’d be able to use our cap space to take advantage of teams before the expansion draft, but the only team who did that was Vegas themselves, seemingly monopolizing all the cap space acquisitions.  Yet here we sit on the fourth of July, still with a ton of unused cap space and still basically at status quo – which might be charitable at best.  True, I’m not losing any sleep over the departures of John Moore, Michael Grabner, Brian Gibbons or Jimmy Hayes…but all did suit up in the playoffs for the Devils last year.

A predictable response would be ‘but it’s July 4 and they still have all offseason to do something’…which is fine, but what is that something going to be, exactly?  Overpaying Patrick Maroon to come back?  Make some mysterious trade that comes out of left field?  Building from within and from trades simaltaneously and exclusively is a very tight rope to walk, especially if you’re not going to spend to the cap which more and more seems like it’s an issue, no matter what Shero or anyone else says eventually the proof is in the pudding.  Not spending to the cap is one thing, not spending anywhere near the cap is another.  There have been multiple opportunities to make an impact improvement that have gone by the wayside for one reason or another.  John Carlson?  Didn’t even get to free agency, the Caps re-signed him after clearing cap space…fine, a RD wasn’t the most optimum fit anyway.  John Tavares?  Didn’t even take a meeting with the Devils, seemingly only torn between the Isles and Toronto and not including any other Metro teams on his interview list.  Whatever…dissapointing we couldn’t make a pitch but can’t blame the organization there.

Ryan O’Reilly?  Gets traded to another team who was around our level looking to make a tangible improvement.  A bit dissapointing we weren’t in on that one considering O’Reilly is signed the next few years and we could use a true top six center.  Calvin deHaan?  After rumored interest from us he signs with a division rival, with Mike Morreale saying after the fact we weren’t in the mix on deHaan whatever that means.  Another dissapointment considering our LHD could use an improvement.  Erik Karlsson?  Who knows, though all the rumored destinations are all good teams that play in tax-free states.  Maroon?  Still in limbo, but he’d be our worst FA loss given how he played after coming over last year and the fact he adds size and physicality our forward core otherwise lacks.

As of now the only thing GM Ray Shero has done is re-sign Eddie Lack and sign three other minor league free agents, and there’s been radio silence from Newark since late April on breakup day.  No comments after the draft, even if it was only to talk about first-rounder Ty Smith.  No comments in the four days since free agency started as everyone else around us seems to improve…Carolina signed Calvin deHaan, Petr Mrazek and acquired Dougie Hamilton and Michael Ferland from the Flames in a major draft weekend trade.  Florida – who we barely beat out for a spot this year traded for top six winger Mike Hoffman as part of the Sens’ liquidation.  Philly signed James van Riemsdyk, another FA we weren’t in on.  Ironically among Metro teams, only the two NY teams are probably going to be out of the mix as far as the playoff chase.  Not that I’m entirely counting out Barry Trotz improving the Isles from the tire fire they were last year but with our old buddy Lou continuing his predictable ‘overpay old role players’ strategy that failed miserably his final years here coupled with losing their franchise center (not to mention deHaan from an already terribad defense) and being in a brutal division, there’ll be a lot of long days and nights in Brooklyn this year.

While I don’t need Shero to make a move this week, it is dissapointing that for years we’ve had as much cap space go unused as has been, especially considering these same owners seem fine on spending big money for the improving Sixers in the NBA.  Perhaps they’re only going to spend relative to profit.  Even acquiring a short-bad term contract to take an asset back would have been nice – no, Marc Savard doesn’t count in that vein since no real money was spent.  More and more it seems like (at best) Shero’s adopting a pure Moneyball approach and hoarding cap space indefinitely while the top teams are proving they can create cap space seemingly at will when they need it, in no small part due to the cap increasing every year.  All we heard is how Tampa had no cap space and they just re-signed defenseman Ryan McDonagh and were in on Tavares as one of the finalists.

It would be nice to at least hear from the GM this week though.  For a guy that was one of the most open and accesible GM’s in the first three years of his tenure, the recent radio silence is a bit disconcerting.  At first I was willing to believe he was working on big deals or big signings and would comment after the fact but seemingly nothing’s happened or even been close and still Shero’s in a bunker somewhere as if he was Lou.  I’ve said before I’d be dissapointed if we came out of this offseason status quo and more and more it looks that way barring a later summer rabbit out of a hat type trade.  We barely made the playoffs as is, while it probably was too much to ask this team to make the leap to championship contender just yet, taking a total step back would be a bit alarming heading into an offseason where we’re gonna need to spend to re-sign Hart winner Taylor Hall and defenseman Will Butcher (who’s an RFA).  Having this team go backwards isn’t exactly the best way to carry over the good feeling from this spring.

Not being able to improve the team in any substantial way also brings back the question marks of how much ownership is willing to spend on this team.  As much as I wanted to believe these billionaires would pour money into the team when it was appropriate, the more chances that pass by to substantially improve the team the less I’m willing to buy the company line that ‘oh, Shero can spend to the cap if he thinks it’s appropriate’.  For years as a Met fan I heard how the Madoff scandal wouldn’t affect the Mets financially even years after it was obvious it did.  Has Shero gone underground cause he knows he can’t justify the lack of moves this offseason without referencing a budget – which he has denied to this point?

While I and most of the fanbase have been patient to this point, expectations have now been raised.  Maybe making the playoffs was a year sooner than most expected in this rebuild but now that it’s happened it would be nice to see someone willing to take the next step to make this team better, whether it’s Shero or ownership.  I do have faith in Shero the GM, I just don’t know how often we can go back to the well of waiting for trades to improve.  How much can you trade and still build from within?  Even the O’Reilly trade which you could have made an argument for us to make, would have involved losing two high picks and three depth players and we don’t have a lot of either, especially after our deadline trades last year and FA losses so far this offeason.  I want to have faith in ownership, especially after they’ve shown they aren’t averse to spending entirely with the Sixers.  It’s just hard to keep making the same rationalizations over and over again in the face of mounting evidence.  Like I said I don’t have an issue with not spending to the cap, my issue is not even being in the same stratosphere of spending to the cap.

Pretty soon it’s gonna be time for this organization to show the fanbase, and show your MVP and the rest of your team something.  Especially while your rival teams are either rebuilding (Rangers) or imploding (Isles) and you have an opportunity to be the best team in town for an extended period of time.

1 Response to Hello, anyone home in Newark?