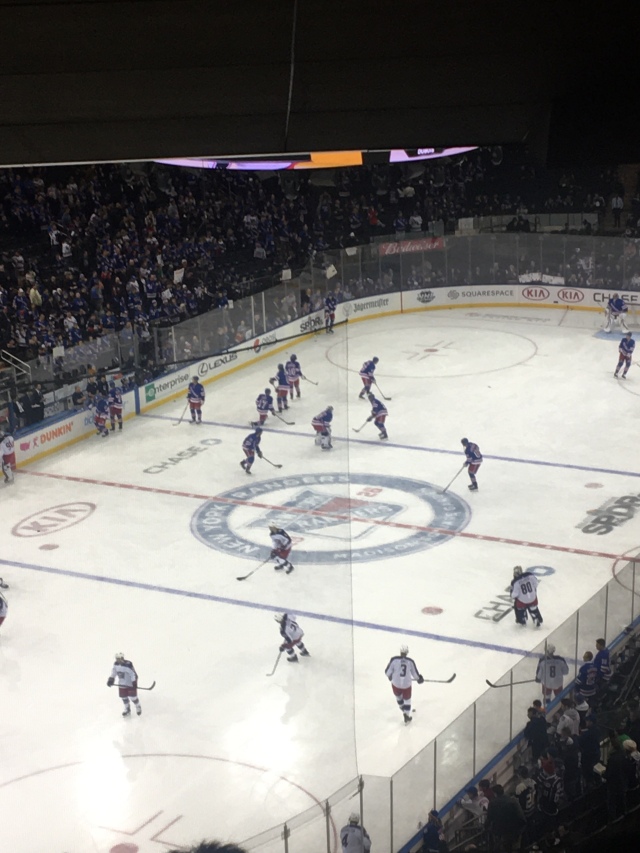 In good news, the Rangers reached agreement with two restricted free agents on new deals. A couple of days ago, they re-signed forward Phil Di Giuseppe to a one-year, $700,000 contract.

The 27-year old left wing was called up from Hartford last season. In 20 regular season games, he had a goal and three assists with a plus-one rating and 35 shots. He registered 38 hits and 20 blocked shots while averaging 11:17 of ice-time. In the Play In Series against Carolina, Di Giuseppe finished a minus-three with no points while logging 8:15.

He’ll again have a chance to make the team in training camp. The 2021 season won’t begin until sometime next January.

In another important move, the Blueshirts re-signed goalie Alex Georgiev to a two-year, $4.85 million contract. The average cap hit comes out to $2.425 million thru 2022. Here’s the salary breakdown from Cap Friendly.

Georgiev had filed for arbitration and was scheduled to go before an arbitrator on Oct 31.https://t.co/l6IITZSoI6

This past season, Georgiev again was steady enough despite a crowded crease. Under a unique situation due to the emergence of starting goalie Igor Shesterkin with veteran Henrik Lundqvist losing playing time, the Bulgarian played well enough to earn the backup spot. He got into 34 games and won a team high 17 games with a 3.04 GAA, .910 save percentage and two shutouts.

With Lundqvist having moved on following a buyout by becoming a Capital, Georgiev is fully entrenched as the Rangers backup behind Shesterkin. The pair of 24-year old Russians will form a tandem entering next year. Keith Kinkaid was signed last week as insurance for the AHL.

Whenever the next season starts, it’ll be a different situation. The Rangers will depend on two young netminders moving forward. They’ll also hopefully have Tyler Wall developing in his first pro season at Hartford. This will be a change from the past 15 years when Lundqvist was the clear number one goalie entering play.

With still approximately 12 million left, the Blueshirts will turn their attention to RFA’s Tony DeAngelo, Ryan Strome and Brendan Lemieux. The first two due significant raises. We’ll see if they go to arbitration. The arbitration dates are as follows:

In other news, former Blueshirt Greg McKegg signed with the Bruins to a one-year, two-way contract for $700,000. In 53 contests, the 28-year old center played on the fourth line and killed penalties while putting up five goals, four assists and nine points. One goal came shorthanded and two of his nine points were on the penalty kill. He did a solid job in a small role.

The Keg Man will move onto his seventh NHL team. Name the first six.

Trivia Answer: McKegg has played for six teams. They are the Maple Leafs, Panthers, Lightning, Penguins, Hurricanes and Rangers.

In other free agent news, the Canadiens extended Brendan Gallagher for six years and an AAV of $6.5 million through 2027. A real good player at even strength, he will cost $3.75 million in 2021 before basically getting double in ’21-22.

The Senators opened the vault and splurged on unrestricted free agent Evgenii Dadonov by inking the ex-Panther to a three-year, $15 million contract. A interesting move for a rebuilding team that hinges on core pieces Brady Tkachuk, Thomas Chabot, Colin White and Nick Paul. They recently added Austin Watson in a trade with Nashville and acquired former Pen Matt Murray to man the net.

We’ll see what those additions do for Ottawa.