HARD HITS: A remarkable first round finishes with a stunning comeback and another shocker 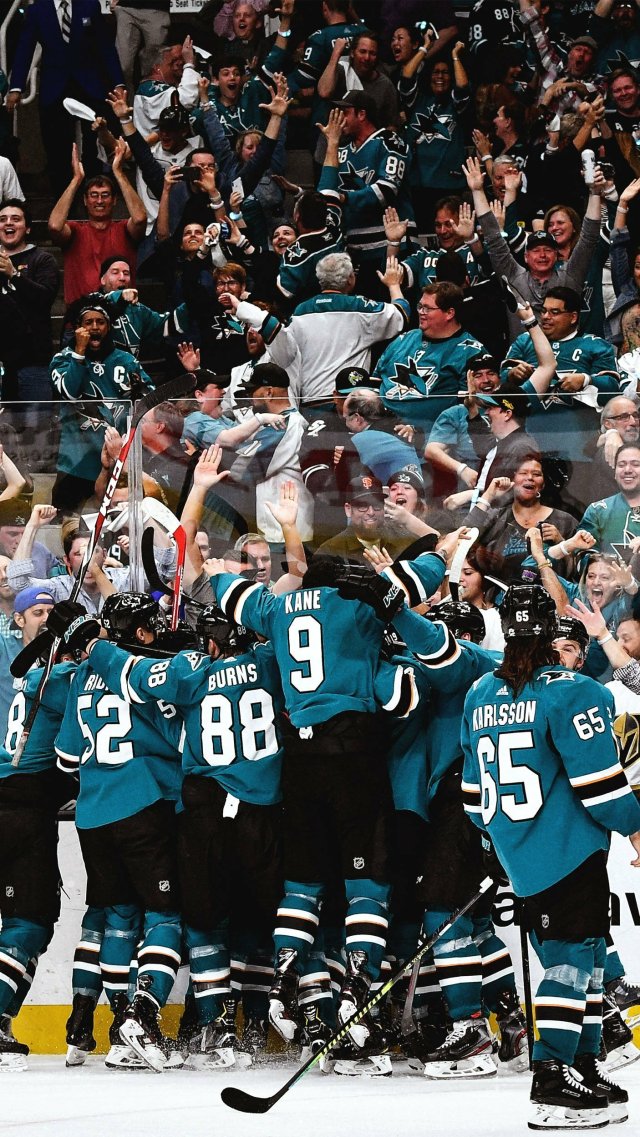 Following the craziest third period comeback that included a double overtime winner from unlikely Sharks’ hero Barclay Goodrow, the pesky Hurricanes had other ideas in mind for the Capitals. A resilient hockey club, they twice rallied from two goal deficits to stun the 2018 Stanley Cup champs. This time, it was Brock McGinn who etched his name in playoff lore by tipping in a pass from Mr. Game Seven, Justin Williams to send Carolina to a stirring first round series upset in double overtime.

That’s the kind of unpredictable round it was. A year removed from the Caps winning their first championship over the surprising expansion Golden Knights, neither is still around. Alexander Ovechkin did everything that he could, but it wasn’t enough to keep his team alive. Six of last year’s eight Conference Semifinalists are home early. Only the Bruins and Sharks survived the first round madness.

Boston did it by breaking Maple Leaf hearts again with the fourth line doing Toronto in. San Jose did it in more unconventional fashion. Trailing Vegas 3-0 with less than 10 minutes remaining, they got a huge break when the officials erred by rewarding them with a five-minute major due to Cody Eakin injuring captain Joe Pavelski on a cross check off a face-off. It didn’t help that Paul Stastny accidentally shoved him resulting in a bad fall with Pavelski’s head hitting hard on the ice.

Suddenly with new life, the Sharks managed to do something that only had been done once in postseason history. They scored four times on the five-minute major to reverse a 3-0 deficit into a 4-3 lead. It happened so suddenly with Logan Couture starting the rally six seconds in. Before a minute expired, a Tomas Hertl redirection had cut it to one. A Couture laser through traffic tied the game to send the San Jose crowd into a frenzy. Still buzzing, they blew the roof off when Brooklyn, New York native Kevin Labanc fired a great shot far side past Marc-Andre Fleury.

As astonishing as the four goal barrage was, give the Golden Knights credit for showing composure by getting the wild Game Seven tied with Fleury pulled for an extra attacker. After just missing three times on a late power play with Labanc in the penalty box, they forced overtime when Jonathan Marchessault was just able to beat Martin Jones with 47 seconds left after burying a Reilly Smith pass from behind the net. The puck whizzed off Jones’ jersey and inside the post.

Even though Vegas overcame a bad call in a poorly officiated game that also counted their second goal by Alex Tuch even though replays seemed to indicate his stick was above the crossbar on his redirection, they ultimately couldn’t recover from the dreadful penalty killing that allowed the Sharks to score four times in five minutes. The twisted irony being that that same penalty kill had stifled the San Jose power play prior to the controversial Eakin major.

But as Max Pacioretty said in a quiet locker room, they had plenty of chances to win the craziest game in sudden death. It was the Sharks, who completed a comeback from a 3-1 series deficit. They were still alive thanks to Hertl beating Fleury with a stunning shorthanded goal that changed direction to fool the three-time Stanley Cup winner. He had told the Sharks fans in the postgame following Game Five that they would be back for a seventh game because they were the better team. That kind of belief was backed up by clutch goals from the man known to San Jose as Hertl Power. He was splendid in the series finishing with six goals and two assists. His big goals along with Couture and a four-point performance from Labanc on that memorable power play helped offset a big round from Pacioretty, Stastny and Mark Stone.

Ironically, it was a rare Stone turnover in the neutral zone to former Ottawa teammate Erik Karlsson that led to the former Senator defenseman leading Barclay Goodrow with a perfect pass that resulted in the unlikely San Jose hero faking around Fleury and finishing off a beautiful forehand deke into an open side with 1:41 remaining in the first overtime. HP Pavilion was a madhouse with fans, Sharks alumni and excited players celebrating the unbelievable win that exacted revenge on their newest rival.

It was the kinda intense hockey that makes the NHL Playoffs the best sport to watch. The hatred between the teams made it more fun. You even had the coaches trading words to the press prior to Game Seven. Too bad NBCSN didn’t pan to a shot of Vegas coach Gerard Gallant shaking hands with San Jose bench boss Pete DeBoer. I would’ve loved to seen that. We also didn’t see Ryan Reaves and Evander Kane during the traditional handshake. The legend of Muffin Man will only grow the next time Kane sees Reaves.

It’s hard to believe what happened. Maybe both the Blues and Stars winning their respective first rounds over the Jets and Predators wasn’t too surprising. Those were toss ups in a very competitive Central Division. But few predicted the Avalanche over the Flames and practically no one truly believed the Blue Jackets would sweep the Lightning. I don’t even think the biggest Islander fan had the Isles in four over the Penguins.

I went two for eight in the first round. The only two I got right were both the Bruins (5-1 winners over the predictable Leafs) and the Sharks (5-4 somehow in OT over the Knights) by a miracle. Even Mike Rupp mocked his first round picks on NHL Network last night following the Carolina 4-3 stunner to dethrone the Caps.

A Sebastian Aho shorthanded goal swung the momentum. It was one Braden Holtby would want back. Following Evgeny Kuznetsov finally getting on the board to restore a two-goal lead, Teuvo Teravainen was able to get to a loose puck in front and beat Holtby to make it 3-2 before the conclusion of the second period. Aho lifted the stick of Kuznetsov to allow Teravainen to score the big goal.

Jordan Staal tied it early in the third when the Canes caught the Caps in a line change. Jaccob Slavin made a good pass for Staal at the Washington blueline. He skated in and fired a wrist shot that beat Holtby far side. The Capitals goalie was off his angle to give Staal too much net to shoot at. The goal reminded me of another one once scored by older brother Eric in another time. Let’s just say Rupp still remembers it and leave it at that.

For some reason, the Hurricanes do well in deciding games. They are in their first postseason since 2009. But they have now won five consecutive Game Seven’s dating back to the ’06 Eastern Conference Final.

Having the veteran leadership of Williams and Staal helps along with first-year coach Rod Brind’Amour. McGinn said he would go through a brick wall for him in a interview on NHL Network. That is a very telling quote. It explains why that team fights so hard. I knew that would be a close series. I just didn’t envision the Caps losing a home Game Seven. Especially after leading 2-0 and 3-1. My score prediction was 5-2. It looked like it would happen. But the Hurricanes never quit.

It’s going to be fascinating to see what happens. Your four remaining series feature six new teams looking to make a name for themselves. What I like most is that three are still in search of their first Cup. The Blues, Sharks and Blue Jackets are those teams. I’ll be rooting for San Jose and Joe Thornton. I’m so glad they’re still in. One of my long time friends is a huge Sharks fan. I’m very excited for her. I would love to see them win.

All four match-ups are intriguing. The first two start up later tonight. At 7 PM, you have the Blue Jackets at the Bruins in Game One of the Atlantic Division Final. Boston had to go seven to beat Toronto while Columbus has been waiting around. Who’ll it benefit? I like how the Blue Jackets are playing.

At 9:30 PM, it’s the Stars and Blues from St. Louis. This should be a closely fought series. I think the Blues have a slight edge. You know I’ll be pulling for Mats Zuccarello and Dallas.

Friday night features the Hurricanes and Islanders from Brooklyn in the Metro Division Final. Just like everyone predicted at the beginning of the season. 😂 Barclays may not be Nassau Coliseum, but the Isles’ tenacious style under Barry Trotz will be tough for Carolina after such an emotional series.

Then, it’s the star laden Avalanche at the Sharks. My oh my. This shapes to be a good one. The goalies better be on their toes because there’s an awful lot of star power in this series. I’m leaning towards San Jose.

So,how will it all shake out? I have no clue. Let’s just sit back, relax and enjoy this wild and wacky postseason.