Ho Ho Ho! Merry Christmas you filthy animal! That part in Home Alone is epic. Whatever you celebrate, tis the season. Falalalalalala LaFontaine! Speaking of which, legendary Buffalo Sabres broadcaster Rick Jeanneret is doing okay following a scare during the third period of a game before the Christmas break. He’s expected to return to the booth on Saturday.

I want to send my very best to one of the classiest and greatest voices this sport has had. I’m glad I got the chance to meet him nearly 18 years ago at the old CAA when Dominik Hasek shutout the Devils during a snowstorm in February 2001. Brian Rafalski’s shot came just as time expired. Hasek outdueled Martin Brodeur in a classic matchup of Hall of Fame goalies. Prior to the game, I got to meet Ricky J in the press room where he was making copies for the Buffalo broadcast. I got to tell him about Brian. One of his biggest fans. Jeanneret was all class. The Rodney Dangerfield lookalike is one of hockey’s treasures. God bless him.

We are nearly halfway through the season. As the players we cheer for are home for the holidays enjoying Christmas dinner, on tap is the best tournament hockey has to offer. The IIHF Under-20 World Junior Championship (WJC) kicks off tomorrow on Boxing Day in Vancouver. The WJC runs from Dec. 26 until Jan. 5, 2019.

It features some of the world’s best prospects. Last year, Canada took back the gold in Buffalo. However, that tournament is best remembered for the classic outdoor game played between North American rivals, Team USA and Canada. It really was a cool event. USA prevailed in snowy conditions. The combination of future Sabre Casey Mittlestadt and 2018 fourth overall pick Brady Tkachuk (Senators) had big games to help them win. It reminded many of the first ever Winter Classic played between the Penguins and Sabres at Ralph Wilson Stadium. A game won by Sidney Crosby in the shootout. 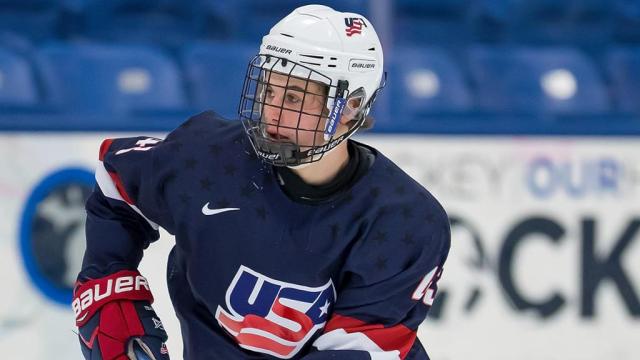 This year’s edition features some excellent players with bright futures. I’m most curious to see 17-year old Canadian phenom Alexis Lafreniere. He isn’t Draft Eligible until 2020. The projected number one overall pick in 2020 is having an outstanding year with Rimouski Oceanic. After putting up 42 goals and 80 points over 60 games in his rookie year, he’s 17-37-54 in 31 games so far. This will be his WJC-20 debut. He went 4-2-6 for Canada at the U-18.

To think that I’m talking about a teenage phenom who isn’t getting drafted until 2020 is pretty crazy. The 2019 Draft Class will be well represented. Top American prospect Jack Hughes headlines a strong class that includes Finnish prospect Kaapo Kakko. The projected number two pick has nine goals with 11 assists for 20 points in 27 contests for TPS in the Finnish Elite League.

There are 11 more prospects that are Draft Eligible in 2019, including Swedish defenseman Philip Broberg. Another in the long line of top rated D produced by Sweden to keep an eye on. Adam Boqvist (Blackhawks) will be part of their blueline.

Ten countries are represented at the prestigious tournament. Group A is comprised of Canada, Czech Republic, Denmark, Russia and Switzerland. Group B features Finland, KazakhHockeysHockeytan, Slovakia, Sweden and USA. The first slate of games in Round Robin play begins tomorrow. Here are the four games on Wednesday’s schedule:Hockey

All games can be seen on NHL Network. Obviously, they won’t show every game. However, U.S. viewers will get extensive coverage of Team USA. Plus how Canada is doing. I’m sure we’ll get the Sweden vs Finland grudge match. That’s always fun. Plus some of Russia.

In case you haven’t noticed, Kazakhstan is in this year’s tournament. Germany isn’t. I wonder how they’ll look. They’ll be huge underdogs. The Swiss usually field competitive teams. They’ve produced NHLers Nino Niederreiter and Nico Hischier. El Nino was chosen fifth overall by the Islanders in 2010 while Hischier went first overall to the Devils in 2017.

As far as who’s representing the local teams, here’s a breakdown:

I’ll be covering the games on our sister site, Hockey Prospects. Be sure to check it out. I’ll link up some write ups.