Rangers down to 25: Chytil in line to debut, Andersson to Frolunda, DeAngelo in, Carey over Lettieri?

Chytil Time? It could be Filip Chytil’s time to shine on Broadway in one week where the exciting 18-year old Czech could make his Rangers NHL debut at MSG. AP Photo via Getty Images courtesy nydailynews.com

Eight days away from the home opener against the Avalanche, the Rangers cut down from 32 to 25 players. A day after sending Brandon Halverson and Gabriel Fontaine down to Hartford, they made some more moves.

That included loaning first round pick Lias Andersson to Frolunda in Sweden. The 18-year old center selected seventh overall in the recent 2017 NHL Draft showed he is close to being ready. But it was a numbers game for a young player who can improve offensively to go with his smart two-way defensive game. Hardly a surprise.

There was one surprise with the team opting to keep Andrew Desjardins for now. He’s still on a PTO remaining unsigned. Paul Carey impressed the coaching staff enough to stay. Due in large part to waivers, the 29-year old is still with the club while they designated my favorite new player Vinny Lettieri.

Tony “Don’t Call Me Anthony” DeAngelo looks to have solidified a spot on the blueline. He sure played well defensively even though his offense suffered. Let’s hope the talented kid from New Jersey rediscovers that scoring touch. Steven Kampfer also remains giving the club eight D.

What does it mean for Nick Holden? You have to think Mr. Serious, Jeff Gorton is working the phones. Holden has a cap friendly deal with a hit of $1.65 million in his final year. Not this kind of hit: 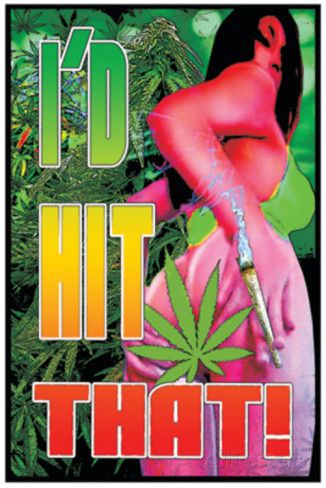 He’s coming off a good season in which he produced career bests in goals (11), assists (23) and points (34) with a plus-13 rating over 80 contests while going 2-2-4 in the playoffs. At 30, the left shot skating D who plays the right side should have some value. We’ll see if he stays or goes.

In the mean time, Neal Pionk and Ryan Graves were optioned to Hartford. No surprise. Also not making the cut is Boo Nieves. What does that mean?

It looks like the other first round pick Filip Chytil is going to make the team as an 18-year old. There’s no denying his skill set. The young Czech can do things offensively most Rangers can’t. He’s got a higher skill level than our other centers.

At the very least, he’s earned the opportunity to play the minimum nine games to see if he’s ready. The good news is under the current CBA, if he plays only nine games the first year of the ELC doesn’t expire. Oh btw. How’s this for confidence in the kid?!?!

Imagine Chytil starts on Opening Night between Rick Nash and Mats Zuccarello on the second line while Kevin Hayes stays between cohesive linemates Michael Grabner and J.T. Miller on the third line! That’s a Dream case scenario for everyone. Chytil makes things happen due to the size, speed and unique skills he possesses. There’s a Jagr-like quality about him. I’m not comparing them. I’ve noticed how the puck sticks to Chytil’s stick like a magnet and he knows how to play instinctively. It’s exciting.

If this is what they’re thinking, then David Desharnais slides down to center the fourth line with Jimmy Vesey and Carey, who beat out Matt Puempel. He was placed on waivers at noon.

The extras are injured forward Jesper Fast (now 17 due to Jean Ratelle jersey retirement) and Desjardins. Prospect Steven Fogarty remains too even though injury has prevented him from taking part in camp.

Regarding the practice lines, it’s also interesting to note that they have Marc Staal working with DeAngelo, who had a better camp than Holden. He’s on the extra pair with Kampfer. That says plenty about what they think of DeAngelo.

If the projected lines for today are in fact the lineup for October 5, color me excited. Hell. I’m pumped!