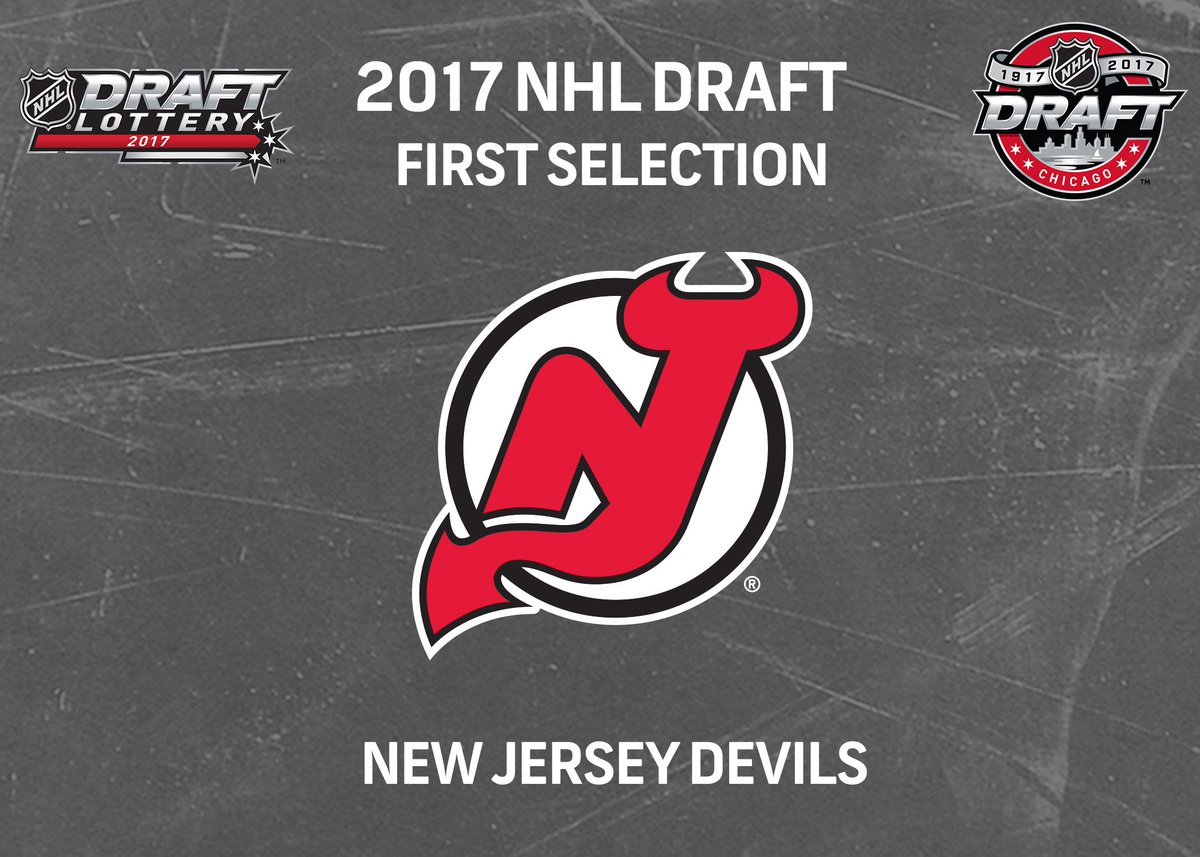 Well I can safely say I didn’t see THIS coming.

In the most unpredictable draft lottery in history, none of the bottom three teams stayed in the top three draft slots after the NHL’s trio of lotteries and it was none other than the New Jersey Devils who wound up being gifted the #1 pick in a stunning fifteen minutes that saw the the top three spots go to the Devils (fifth worst out of fifteen in odds), Flyers (thirteenth in odds) and Stars (eighth worst).  I’m of two minds about this lottery, part of me thinks it’s stupid that the team with the worst record could easily get bumped down to fourth – and in the case of the Colorado Avalanche that’s exactly what happened, and that everyone has practically an equal chance to win it and more of a chance to get screwed and move down than to benefit.  On the other hand, the fact that it’s clearly going to discourage tanking is almost enough for me to warm up to the new lottery system.

Certainly now none of the cynics who whined about our great 3-17-4 record down the stretch being ‘too good’ and that we should have been slotted 2 instead of 5 can exit stage right and start eating crow now.  I said it before the draft and it was proved to the world now, it really doesn’t matter where you finish anymore in the NHL just like it doesn’t in the NBA (ask the Magic with Penny Hardaway or the Bulls with Derrick Rose).  All it does is marginally increase or decrease the odds, but clearly that’s not even a big issue given the three teams that rocketed up to the top of the draft tonight.

What made tonight a win from an entertainment standpoint for the NHL as a Devils fan was when the teams started to come off the board and you saw PHILLY move up to the top three (aargh!) and then Dallas move to the top three I was so sure we were getting screwed and picking #7 or #8, until the time our card was supposed to be drawn and it was Arizona instead being bumped down further, my disbelieving ecstacy at that moment was Yote/Avs/Canucks’ fans misery.  Then when Dallas’s card was drawn after a commercial break in the 3 slot I was laughing at the hilarity of it coming down to us and the Flyers for the top slot.  When the final card came out to signify the top slot and it was our logo, I almost literally didn’t stop laughing for an hour.

Whether we stick with the pre-draft speculation and pick Nolan Patrick or go with the late surge of momentum and pick Nico Hischler is tomorrow’s problem, or more accurately one for two months down the road and one I’m not going to spend a lot of time analyzing tonight.  Personally though at this particular moment I’d rather have Patrick and take the big centerman over a C/W hybrid, I’ll ultimately trust GM Ray Shero and head scout Paul Castron to make the right pick given his success in Columbus at the draft table before coming here.  Certainly the Devils already know a lot about Patrick since he’s played on the same team with farmhand John Quenneville.

As the saying goes, it’s a heck of a problem to have…and even worth the aggravation of the Flyers joining us in the top two.  An already brutally tough Metro division just got a whole lot tougher in one night.

1 Response to Devils win lottery that shocks the NHL