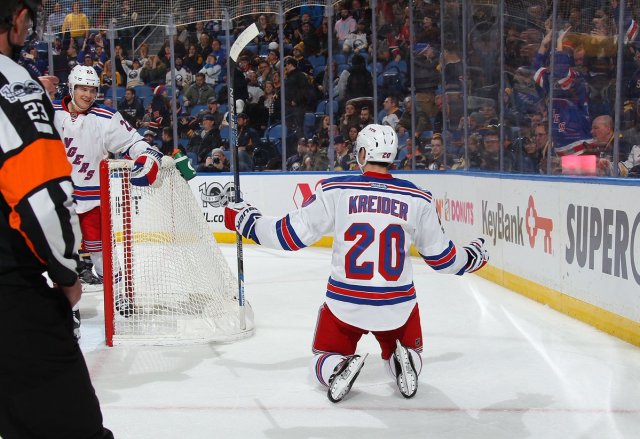 Three years ago, the Rangers and Canadiens met in the Eastern Conference Final. A series won by the Blueshirts in six. These are much different circumstances. It’s three years later as New York and Montreal renew a classic Original Six rivalry when they meet in the first round of the 2017 NHL Playoffs. It gets going tomorrow night with Game 1 of the best-of-seven Atlantic series at Bell Centre.

The Rangers and Canadiens have met 15 times previously. The Rangers lead the all-time series 8-7. After losing to Montreal in ’79 and ’86- both of which they won Stanley Cups- the Rangers have taken the last two match-ups winning each in six games. They also defeated Montreal in the same Conference Quarterfinal round back in ’96. A series they fell behind 2-0 losing the first two games at home before reeling four straight to advance. 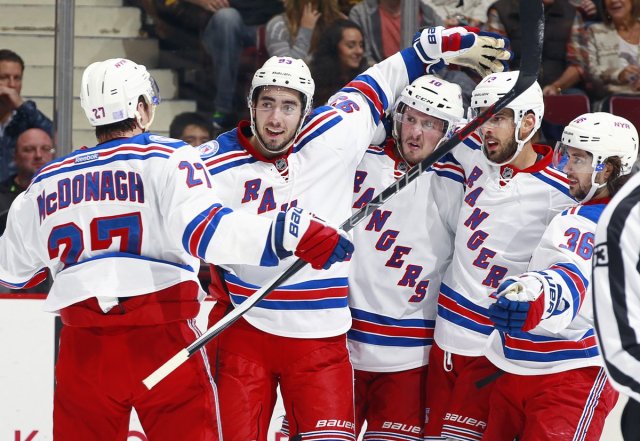 For Rangers coach Alain Vigneault and team captain Ryan McDonagh, they will face their former team for the second time. It went well the first time around for both with McDonagh the breakout star in a Rangers’ six-game series triumph that sent them to the 2014 Stanley Cup Finals. A former Canadiens first round pick who never played for them after being traded to the Rangers for Scott Gomez, McDonagh crushed Montreal hearts with 10 points (2-8-10). Vigneault looks to make it two for two against the first NHL team he coached. Also of note, Habs backup Al Montoya is a former Rangers first round pick. 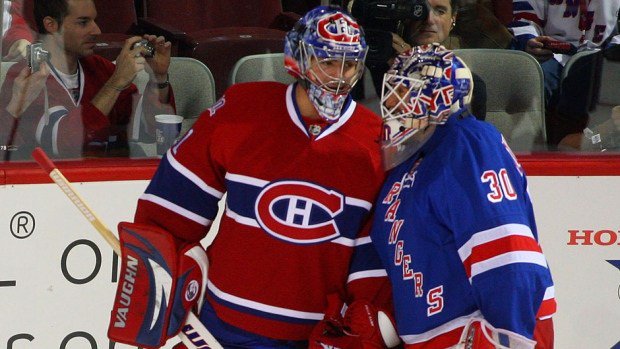 Whenever these teams get together, goaltending is a key. The match-up features old hat Henrik Lundqvist against the younger and more in prime Carey Price. Having been a huge player since arriving from Sweden, Lundqvist had gotten the Rangers in 11 of the last 12 postseasons. A former Vezina winner and Olympic gold medalist, he’s carried them to three final fours and the franchise’s only Stanley Cup appearance since ’94. He’s facing Price, who has a Vezina and Hart to his credit. He got the Canadiens to that Conference Final in 2014 before his series was cut short due to Chris Kreider colliding into him after being tripped by Alexei Emelin.

While Lundqvist is the current active leader in postseason wins (55) and appearances (116), this will be Price’s 55th appearance starting Wednesday night. He’s 23-27 in his career with a 2.62 goals-against-average, .912 save percentage and five shutouts. Lundqvist is 55-59 with a 2.28 GAA, .921 save percentage and nine shutouts. He’ll want to improve on last year’s first round debacle.

It goes without saying that whoever wins this all important match-up could tilt the series in their team’s favor. 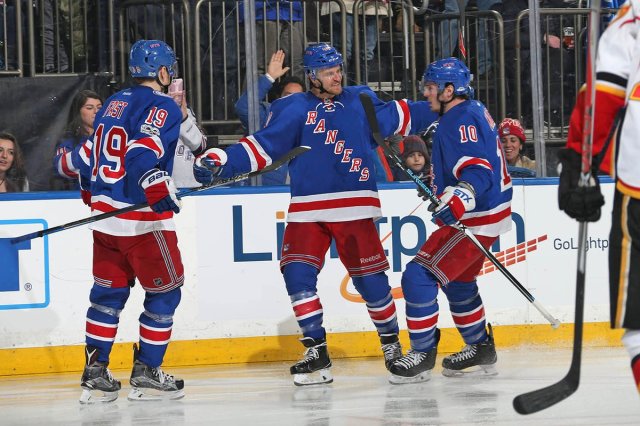 The Rangers are reliant on their speed and skill. They boast plenty thanks to key power forward Kreider, who is public enemy number one in Montreal. The media and fans are still sore over his collision that knocked out Price during Game 1. It forced them to turn to little known Dustin Tokarski. Now the team’s top finisher scoring a career best 28 this season, Kreider will be front and center. How he handles the attention will be crucial. Rick Nash supports him as a great three zone player who is playing his best hockey. Is this the series he does damage in? They have plenty of sport from leading scorer Mats Zuccarello, J.T. Miller, Kevin Hayes, Mika Zibanejad and Michael Grabner. Derek Stepan remains a key two-way center who can impact the series. 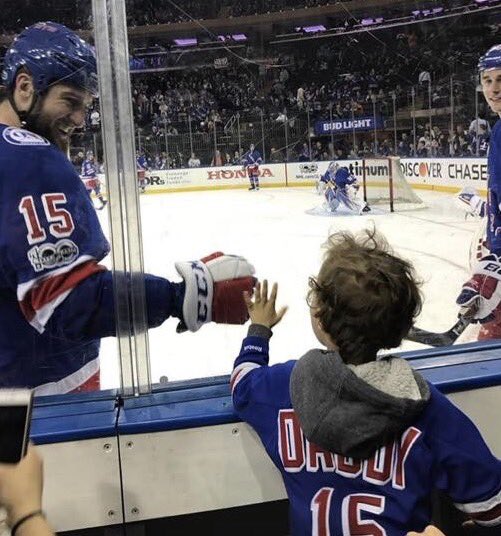 TO TANNER OR NOT?

A breaking point for the Rangers in March was their final meeting at home against the Canadiens. They were humiliated 4-1. They were outclassed so badly and out-muscled that many fans had seen enough. Apparently, so did management who immediately recalled Tanner Glass. For his part, Glass played the fourth line energy role well while creating a cycle with Oscar Lindberg and Jesper Fast or Jimmy Vesey when given the opportunity. Look. It’s no secret Glass doesn’t possess the speed or talent of Pavel Buchnevich. However, he is an effective player and can win board battles. Something that could be important against the Habs’ big bruisers. Does Vigneault stick with Glass or do we see Buchnevich make his playoff debut? It could depend on the result of tomorrow’s first game. 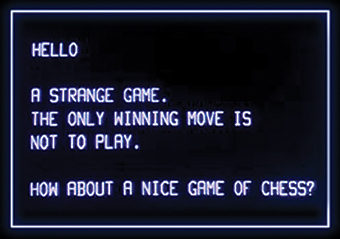 A NICE GAME OF CHESS

In the 1983 hit movie WarGames, the computer Joshua doesn’t realize that Matthew Broderick’s David Lightman character is playing the game for fun. If you’ve ever seen it, then you know what Defcon 5, 4, 3, 2 and 1 are. They play a game of global thermonuclear war. It gets very nerve racking near the conclusion with Joshua playing out all the scenarios to try to win the game. Luckily, Joshua realizes the objective isn’t to win and launch World War III. But to not play. Instead, he challenges David to a “nice game of chess.”

So, what does a classic 80’s movie have to do with this series? Plenty. Vigneault must win his game of chess with Julien. If he doesn’t, his team won’t survive. A defensive coach, Julien will have his players standing up at their blue line and taking away the stretch pass in an attempt to force the faster Rangers into turnovers. They can’t play into that trap. In order to be successful, they’ll need to control the puck through the neutral zone and dump it in behind the Montreal D and recover it. With Price one of the better stickhandling goalies, they’ll have to make smart chips to have a chance to generate a consistent forecheck.

The Habs D can be attacked. It’s up to the Rangers to execute. Failing to do so isn’t promising. Whoever can dictate the style will most likely win. They don’t want Montreal controlling the tempo and puck possession. That could be dangerous. Especially with a back end that has some cracks in it. Dan Girardi and Marc Staal have a lot of miles. Nick Holden can be forced into mistakes. If he is in, so can Kevin Klein, who is broken down. The Rangers want to use their speed to put Andrei Markov, Nathan Beaulieu and Emelin on the defensive along with question marks Nikita Nesterov, Brandon Davidson or Jordie Benn. Jeff Petry is their most effective with anchor Shea Weber the workhorse who is lethal on the power play scoring 12 of his 17 goals.

In order for the Rangers to win the battle of the blue lines, it’ll require a lot of a good McDonagh followed by gifted skating rookie Brady Skjei, who can move up if necessary. I would play him and Brendan Smith together as the second pair. But Vigneault has them as the third pair. McDonagh and Girardi will start together. Holden and Staal also are together as the second pair. That one is dicey. Vigneault might want to consider a switch if they struggle five-on-five. Moving Skjei up is the suggestion. Making good use of the physical and better skating Smith is essential. But he must stay away from the bad penalties. That will get them in trouble.

In case you’ve been living under a rock, special teams were a problem for the Rangers. At least they got the power play figured out. They wound up tied for 10th with Calgary clicking at 20.2 percent, proving more effective on the road going 23.1 compared to 17.2 at home. They allowed five shorthanded goals. A couple late due to laziness. Montreal was 13th overall at 19.6 percent allowing six shorthanded goals. They also did better on the road going 21.1 percent compared to 18.3 at Bell Centre. It must be that fancy dancy show thing.

The penalty kill is another story altogether. In the Rangers’ case, it should be referred to as kill. They were a little better at the end winding up tied for 19th with Pittsburgh and Philadelphia killing off 79.8 percent. Anything under 80.0 isn’t good. They aren’t consistent. Whether it’s over-committing or leaving guys wide open in front, it’s not a strong suit. Perhaps having a healthy Girardi will aid them. He kills penalties well. Just please stay on your feet. The same for Staal. They were 82.4 percent away from MSG while just 76.9 on home ice.

The one thing they can do is score shorthanded tying Anaheim for sixth in the league with nine shorthanded goals. Miller led them with three. He plays with Hayes and sometimes Grabner. Stepan and Nash are solid penalty killers due to smarts and defensive instincts. Zibanejad saw an increase in PK time late in the year. It’s not so much about shorties. But keeping the Habs off the scoreboard. They can set up Weber and Markov at the points. Pacioretty in the slot. They have a playmaker in Radulov and net presence like Gallagher. So, it requires a lot of concentration. Discipline will be important in this series.

Montreal isn’t great on the penalty kill either finishing in the middle of the pack at 81.1 percent with five shorthanded goals. However, they were at the top after Julien took over. They’re also better at home going 85.5 as compared to 76.8 on the road. In other words, they’re more dangerous and feed off the energy of the crowd. Figure those rabid Habs fans to be into it once the puck is dropped. Reliable vet Tomas Plekanec led them with two shorthanded goals. He’s forgotten due to playing a checking role. But is still a good skater who is smart defensively. Pacioretty also plays shorthanded along with the underrated Byron and Lehkonen. 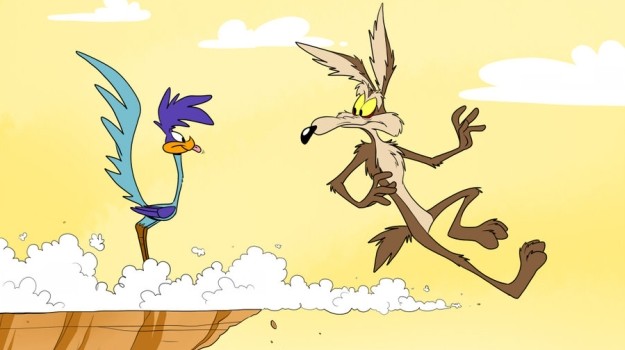 The Rangers want to play smooth transition hockey utilizing their greatest asset. Their team speed. The Canadiens can also play transition due to some of their skill players. But they also can play meat and potatoes. They can be rough throwing the weight around. Emelin loves to hit. He can’t hit what he can’t catch. Petry also can hit. So can Shaw, King, Weber and Ott if he plays. The Rangers don’t want to get sucked into that game.

It’s quite simple. They must be like the funny cartoon. The Road Runner outsmarting Wile E. Coyote. Use their skating. Use their intelligence. Make Montreal chase them. This can’t turn into the 2014 Stanley Cup Final where the Kings ran roughshod with their superior size and strength wearing our players down.

Everything points to the Canadiens. They have more balance. Price is the better goalie. Weber is the best defenseman. Pacioretty is the best finisher. They have all kinds of annoying physical players that will drive Lundqvist nuts. Many have pointed to the Rangers’ forward depth. But Vigneault has been hesitant to use it. He will often shorten the bench in third periods. I wouldn’t. I would play Lindberg and Fast because they’re two of our hardest working forwards who can get in on the forecheck. They also can defend. If he shies away from that, it’s possible the top nine could get worn down. The Habs have underrated forwards like Byron, Danault and Lehkonen. They’re not so easy.

They don’t call it the House of Horrors for nothing. Even with the Rangers being road warriors, I just can’t see it. They still got to win at home. Something that’s been a chore the whole second half. It’s not that they’re incapable. They can play with the Canadiens. They have players like Miller, Kreider, Nash and Grabner who can give them fits. But they also need one of Hayes or Zibanejad or one of those kids (Vesey/Buchnevich) along with proud warriors Girardi and Staal to win.